Who is or was Santa Claus? 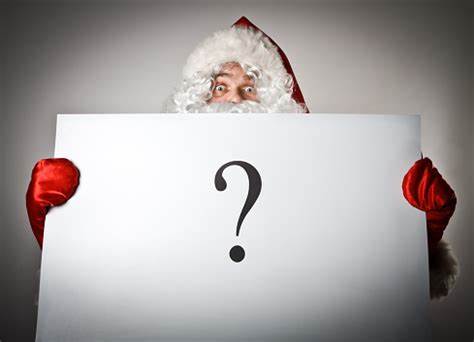 “Ho Ho Ho! Merry Christmas!” Who comes into your mind every time you hear this? Aha! I know right? It’s none other than, Santa Claus! Christmas and Winter Holidays are incomplete without hearing or seeing Santa Claus anywhere. But who really is or was Santa Claus? Is he an actual person or is he just part of our imagination? Well, my curiosity also pushed me to do a little research about it.

The concept actually originated from Saint Nicholas, a patron saint famous for giving generous gifts to the poor. The pronunciation of Saint Nicholas in Dutch is Sinterklaas, which is where the name Santa Claus came from.

Santa Claus, otherwise known as Saint Nicholas or Kris Kringle, has a long history steeped in Christmas traditions. Today, he is thought of mainly as the jolly man in red who brings toys to good girls and boys on Christmas Eve, but his story stretches all the way back to the 3rd century when Saint Nicholas walked the earth and became the patron saint of children.

The legend of Santa Claus can be traced back hundreds of years. It is believed that Nicholas was born sometime around 280 A.D. in Patara, near Myra in modern-day Turkey. Much admired for his piety and kindness, St. Nicholas became the subject of many legends. It is said that he gave away all of his inherited wealth and traveled the countryside helping the poor and sick. One of the best-known St. Nicholas stories is the time he saved three poor sisters from being sold into slavery or prostitution by their father by providing them with a dowry so that they could be married. 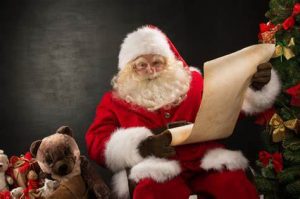 In the 19th century, a poem known as “The Night Before Christmas” and a mid-20th-century Coca-Cola ad campaign transformed Sinterklaas from a saintly bishop to the white-bearded, red-capped Santa Claus that we recognize today.

Any kid can tell you where Santa Claus is from—the North Pole. And they believe that Santa Claus is a real person who enters their house by way of a chimney to leave presents as a reward for behaving well all year. Most kids would expect that after they wake up from a good sleep on Christmas eve, they will be surprised by exciting wrapped packages tucked under the Christmas tree and chocolates or candies hidden in the stocking hung by the fireplace.

During the 20th century, however, several historians attempted to untangle the historical Nicholas from the myth. Their investigation led them to doubt the bishop’s very existence. He left no writings and had no disciples. His name was not mentioned in any contemporary texts; the earliest reference is more than 200 years after his purported death, and the first biography was written some 300 years after that.

While the uncertainty surrounding his existence was reflected in revised entries on Nicholas in books of saints, several historians maintained that St. Nicholas had lived and had performed many acts of kindness and generosity. They argued that a lack of documentation during his lifetime was not proof of his absence and called for a reconsideration of the texts that had been disregarded. Other devotees assert that the construction of churches dedicated to him during the early Middle Ages is evidence enough. The arguments and discoveries offer some compelling reasons not to completely disregard Nicholas’s existence.

So after all is said, can we determine if Santa Claus was a real person? The answer depends on whether you believe. What’s important is that Santa Claus plays a big part in the Christmas season, in everyone’s lives, especially the kids.