What is the Origin of the Christmas Tree? 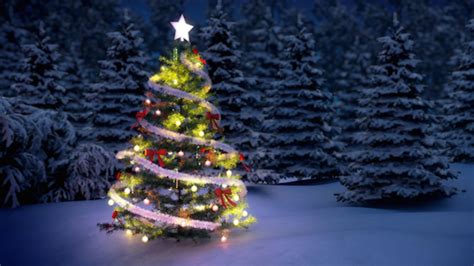 Have you ever wondered how or where the beautiful Christmas tree/s we see during the holidays started? Who thought of this idea and how did they even come up with it? Do you put up a real tree? Or are you inclined to use one of the artificial trees?

The history of Christmas trees dates back over 400 years. But, where did it begin? The majority of studies say that it began in Germany when people cut and brought trees into their homes and decorated them. The first accounts can be found in the 16th century, but some sources suggest they could have been around even before that.

Many people believe that Christmas trees are a German tradition, but they actually started in Latvia. In 1510, Riga was the first place recorded to have used a tree around Christmas time. On Christmas Eve, people donned black clothing and carried rose-decorated fir trees to a guild house. They would set fire to these trees and dance around them as part of the New Year celebration. Other times when Christmas trees have been mentioned include in Germany in 1521 and 1570.

From what we know, the first person to actually bring a Christmas tree into their house was priest Martin Luther in the 1500s. Another priest, St. Boniface in England, went to Germany to try and convert the pagans to Christianity. He cut down an oak tree to prevent a pagan sacrifice and it’s said that a fir tree came to life in that very place, which he viewed as a sign of faith and he decorated it with candles.
At first, in Germany these trees were decorated with foods such as gingerbread men, nuts, marzipan cookies, and apples. Glass makers then made ornaments for them. 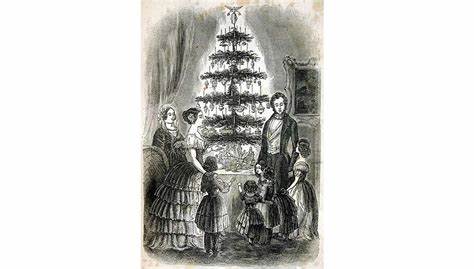 Christmas trees first came to the United Kingdom in the 1830s and became popular when Queen Victoria put up and decorated one. Drawings of these trees helped them to become more widely used in England and America. In 1846, Queen Victoria was sketched with her children and husband, Prince Albert, alongside a Christmas tree in Windsor Castle. Because Queen Victoria was so popular (kind of like another royal family we know), the decision instantly became an iconic one and went mainstream worldwide.

Christmas trees have a rich history — and so much to offer. Whether freshly cut or artificial, the evergreen tree is among the most iconic features of the holiday season — a joy to decorate and to behold, with its homemade ornaments, twinkling lights, and a show-stopping tree topper to complete the magical effect. It always brings joy and brightens every household and establishment up to this day. And Christmas, on the other hand, is a beautiful tradition that brings together people of all religions and backgrounds. It’s been around for hundreds of years, and hopefully, it will continue to be a sign of celebration and joy for many centuries to come!